What are Manta & Devil Rays 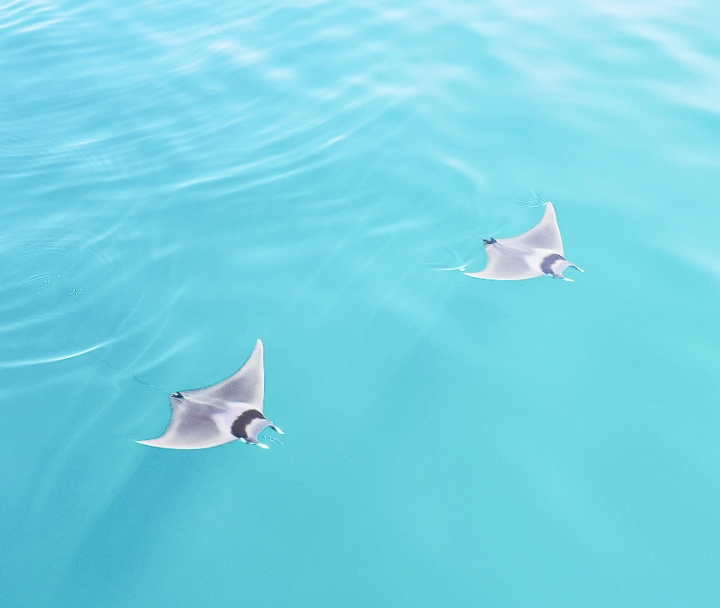 As with other shark and ray species, mobulid rays have skeletons made of cartilage instead of bone and don’t have scales but instead their ‘skin’ is made of dermal denticles, which are actually modified teeth!

Unlike their cousins the stingrays and eagle rays, manta and devil rays must forever keep swimming forward to pass oxygen over their gills to breath. They are perfectly suited to their open ocean lifestyle and fully spread their wings, by travelling long distances and diving to great depths. 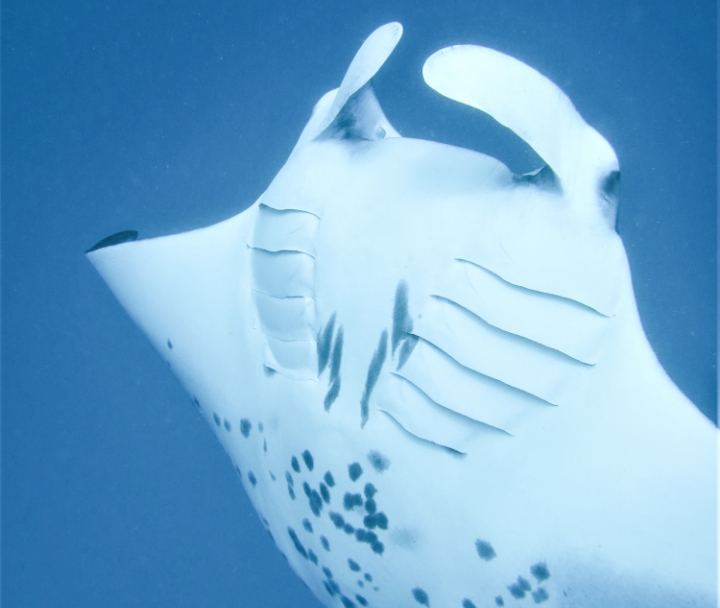 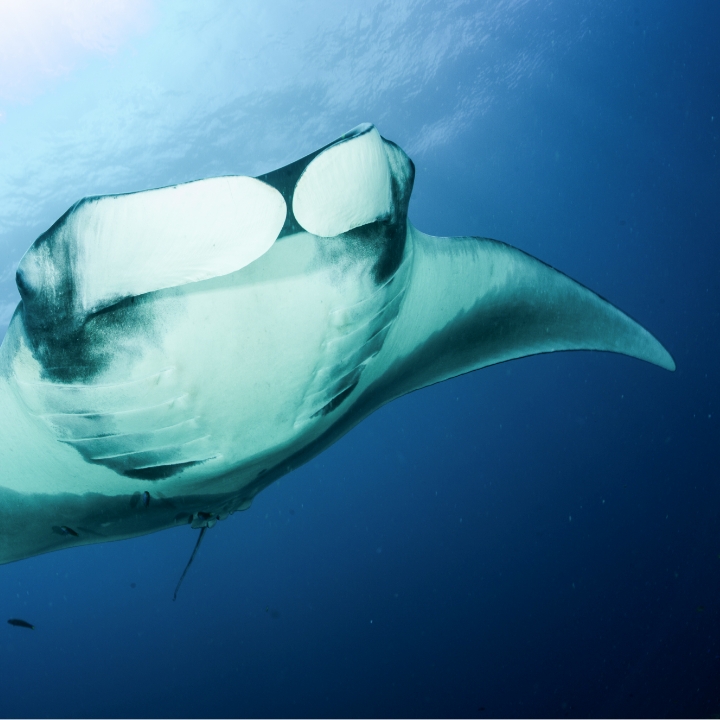 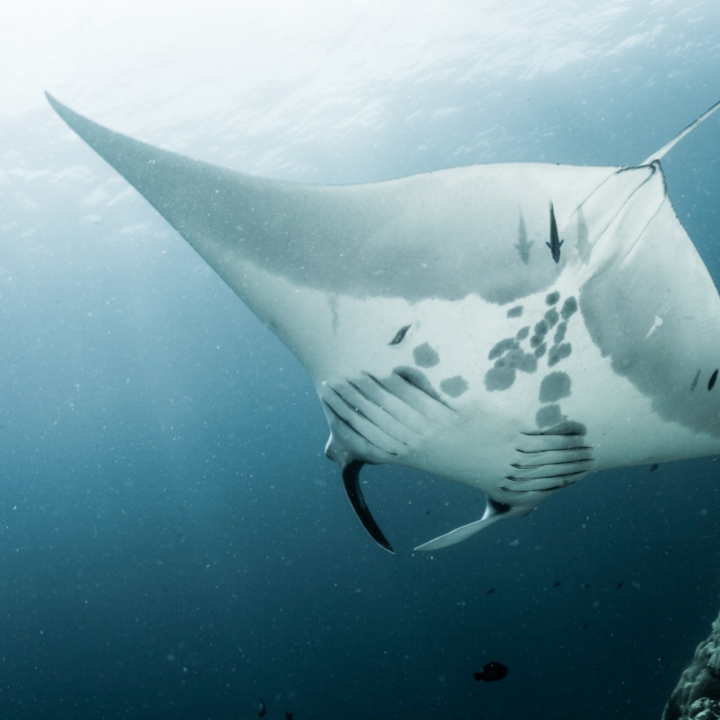 Globally, mobulid rays are comprised of three species of manta ray and eight species of devil ray. So far, only oceanic manta rays and spinetail devil rays have been confirmed in NZ.

Click here to learn more about the mobulid ray species found outside of NZ. 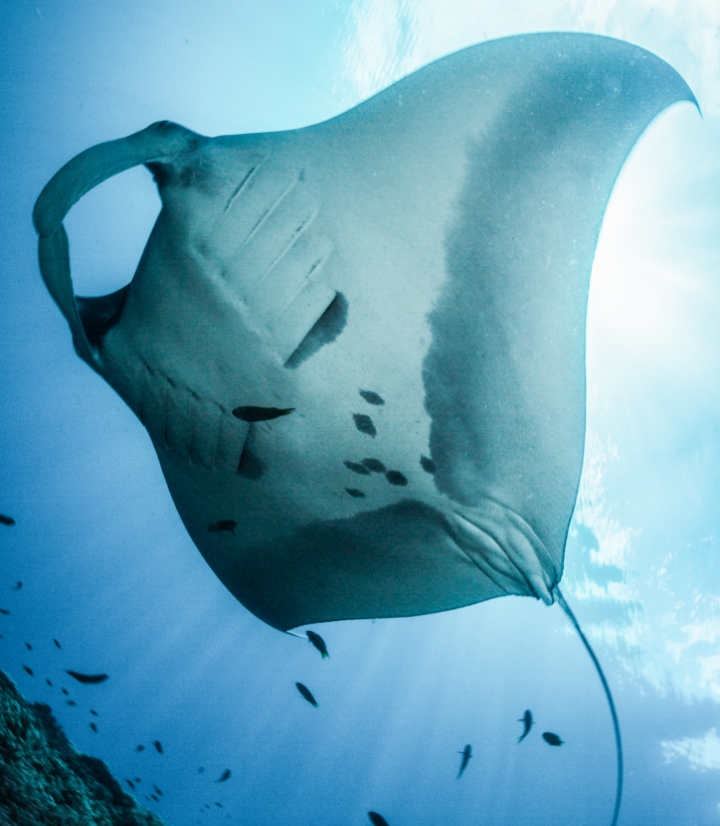 As with all other shark and ray species, the gender of manta and devil rays can be determined by the presence or absence of claspers.

Manta and devil rays are exclusively filter feeders and use specialised gill plates to sieve zooplankton and small fishes from the water column. They do this by actively swimming towards and through their target prey, mouths wide open and cephalic fins unfurled. These specalised head fins are unique to mobulid rays and help to funnel prey directly into the ray’s mouths and towards their gill plates. Gill plates differ in shape and size depending on the species of mobulid ray and the types of prey that they target.

Manta and devil rays have the ultimate zooplankton super sense and know exactly when prey densities are prime for feeding. They have a variety of feeding strategies, so that they can effectively and efficiently capture as much prey as possible during feeding events. Some strategies are strictly solo, whilst others require team work whereby many individuals will work collaboratively to feed. 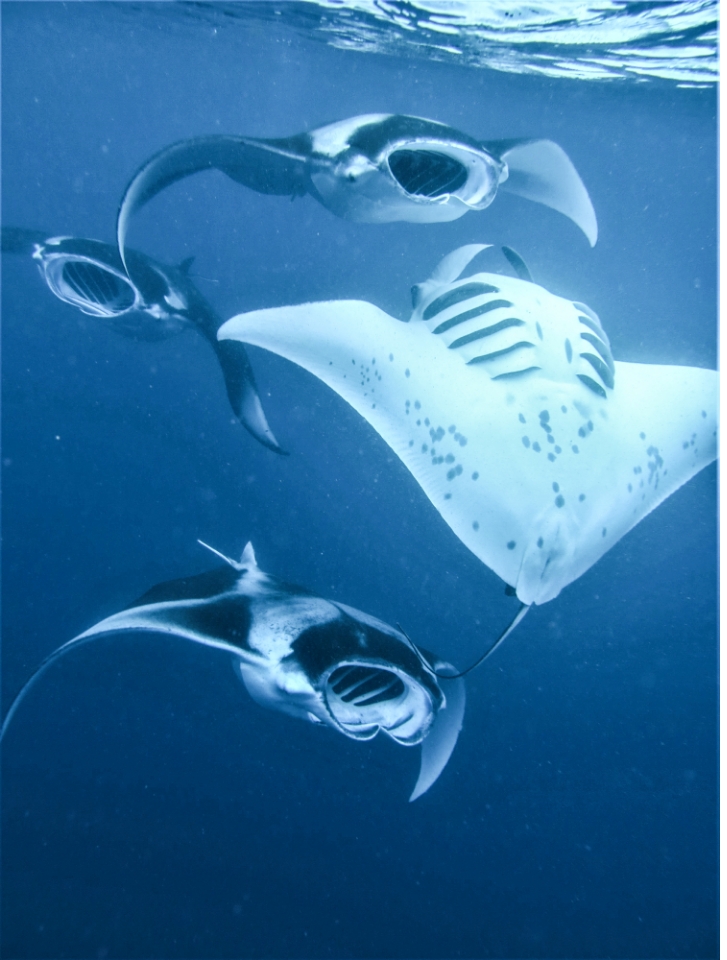 Manta and devil rays eat some of the smallest animals in the ocean, collectively known as zooplankton. Not all mobulids eat the same thing although there is often some crossover and certain species of manta and devil rays can be seen feeding together.

The general rule is the smaller the ray, the larger the prey. Devil rays are known to eat little fish whereas the much larger manta rays prefer slower, smaller zooplankton. Zooplankton communities can represent hundreds of different species. Some zooplankton are permanent residents such as krill (shrimp-like in appearance) and copepods.

Others are temporary, contributing to the zooplankton soup whilst in their larval stages of life, before reaching adulthood. Examples include sea urchins, crabs, marine worms, some marine snails and lots of baby fish species including their eggs. What zooplankton lack in size they make up for in abundance and density and are vital components of marine ecosystems forming the base of most marine food webs.